7 Steps to Quickly Becoming an Influential Expert in Any Field 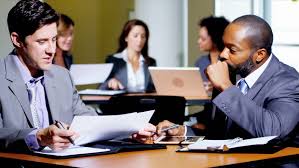 Developing highly influential work is a process that can be mastered. Not only mastered, this process can be replicated again and again.
According to the number one writer on Medium.com in 2016, Benjamin Hardy, “You first need to know what your objective is. Once you know that, you need to know who is currently accomplishing your objective at the top of the game.”
Additionally, best-selling authors Jeff Goins and Shane Snow explain that you must learn how to “get into the door” and mimic your mentors. Once you master these simple basics, reaching millions of people through your work can happen very quickly.
Here’s a breakdown of how it works:

First, get clear on the following questions:
What do you want to accomplish? What are you passionate about? Is it tennis? Is it finance? Is it personal development? Is it fitness? Is it music? Is it art? Pick one.
You don’t have to be married to it. But you do need to get incredibly good at one thing if you want to be highly successful. Furthermore, Hardy cites self-determination theory from his psychology background to explain that when you get good at one thing, you will simultaneously become good at many things.
The expert can quickly become the master generalist. But first, they must become the expert. The reason for this is that when you become an expert at something, you learn how to learn. You learn how to go really deep into one thing. You can then use that depth to cross-pollinate different interests and fields.
2. Decide who you want to learn from and position yourself near them.
Once you’ve decided what you’re going to pursue, you need to find one or a few people in that field that are clearly distinguished. The next question Hardy argues you must get crystal clear on is:
Who is the best at what you want to do?
Chances are, there are lots of people doing what you want to do. But again, most of the people are happy with mediocrity. Most learn from those at the top. However, most people don’t actually study those at the top.
Where you set your sights is where you end up. Most people don’t have the confidence to compete with the best. Most people, if they were truly honest with themselves, don’t want the spotlight.
Be honest with yourself: What do you really want? Do you want influence? Or do you want your distractions? The one often comes at the expense of the other, especially if you’re committed to true excellence.

According to best-selling author Jeff Goins, you should become very good at mimicking those who aspire to be like. Creep on those who are doing brilliant work. Copy and apply what they’re doing. They’re getting their results for a reason.

4. Figure out how to get in the door.

Journalist and author, Shane Snow, explains in his book Smartcuts, a concept he calls “lateral thinking.” Having never written a blog post before, his goal was to be published on outlets like Entrepreneur, Wired, and Mashable as quickly as possible.
The first thing Snow did was pitch articles to platforms with nearly zero bar of entry. He needed to get something out there. So that’s what he did. He found outlets where he could get his stuff published with nearly zero credentials.
Once he published a few articles on low-level blogs, he had some credentials. Not very impressive, but he at least had something he could point to. Snow then emailed editors at slightly different and higher level blogs from the ones he had been published on.
To those editors, he would provide links to his published pieces and say in some form, “Hello, I’ve published some articles on similar platforms as yours. They have done well. I’ve studied your work and that on your blog extensively. I’m confident my work would resonate with your audience. Here are a few pitches. What do you think?”

Shane Snow’s example is “the essence of ambition.” Putting yourself out there. Initiating contact. Not waiting for life to come to you.

Did every editor that Snow emailed respond? Not at all. Most probably ignored him. But success is often a numbers game.
Over a six-month period of time following this pattern, Snow was published on many of the top technology and entrepreneurship platforms on the internet. He met his goal even faster than he expected.

Once you’ve studied the best in your field long enough, you’ll know what the standard and expectation is. You’ll know, very intimately, what those you aspire to be like are creating. You’ll have truly studied, not just consumed, their work.
Then, Hardy challenges, you must create better work than your heroes. You can do it. You must believe you can do. Then, you must actually do it. You’ve got to put in the actual work.
This is where many people stop. They avoid the actual work. But in order to have a conversation where mutual respect and contribution can occur, you need to put your nose down and start building a portfolio of incredible work. You can do this right now. The internet makes it easier than ever to create products or content.

Hardy started nowhere. But he studied the best in his field then spent 18 months creating the best content he could muster. His goal was to create stuff that was better than anything else out there. His goal was to be so good his work couldn’t be ignored.

It worked.
It can work for you as welif you’re willing to do the work. Influence is great. But doing the actual work that creates that influence is your prize.

6. Reach out to those you want help from, but don’t expect anything.

Only once you’ve started succeeding should you out via email to people whose work has influenced your own.
One of the core principles in Goins recent book, Real Artists Don’t Starve, is to become a case study your mentor can use. Mimic and apply their work (see point number three above). Once you’ve gotten results, reach out to your mentor and show them how their work has helped you.
Only express gratitude. Don’t ask for anything. Just develop the relationship.

7.  Give others all the credit for your success.

Lastly, Hardy believes one of the keys to his success has been to give his mentors all the credit for his success. Yes, all of it. Sure, he did the work. But he couldn’t have done it without the help of others.
Even if he believes he is responsible for his success (which he does), he still gives his mentors all the credit. Even if people haven’t directly helped you, but their work has inspired or helped you, you should proclaim that from the rooftops. You should be a gracious recipient of any help you receive.
You won’t develop the relationships needed to succeed big if others can tell you are self-absorbed and transactional in your relationships.

If you follow Hardy’s steps, you will not only develop meaningful relationships with your mentors, you will evolve as a person.
As you evolve and become more, your work will improve. Your work will be influential. It will matter. Your work will touch the lives of millions of people. You’ll change the world
Next Article : Lessons from an angel investor.
Share :